Technology of the future, a glimpse of what awaits humanity

The technology of the future invades today's society advancing daily some of the innovations that will spread in the coming decades and that soon will not be as typical of science fiction as one might imagine.

Noman Saleem, the Founder and CEO of GlassManage says, looking back, just a few decades, and imagining that people at the time did not have something as basic as a mobile phone, makes us think of three very simple words: everything is possible. In a short time, society has gotten used to being able to make calls from wherever and whenever you want. In the future it is very likely that another type of technology that now seems distantis established among citizens with the greatest normality. There are already many projects in development that talk about some of the ideas that could be established, highlighting among them some as interesting as:

Society is seeing how little by little consumption habits change. Internet sales have led to the closure of physical stores and it is possible that this will change even more in the future when it comes to the fashion sector. One of the projects in development is a smart clothing system that would allow changing clothes with only a small selection of options. The project is based on a jumpsuit that would be worn around the entire body, covering it except for the head, and that would change its appearance depending on the options chosen by the client .

So you could wear summer clothes, winter clothes or one style or another in a totally simple way.

In order to have a greater number of garment models, the client must acquire these garments digitally, but always bearing in mind that these clothes would not be physically on top of their body, but only their appearance and model. The comfort to dress would be one of the advantages that this technology will provide, given that changing clothes will be a matter of minutes and all the garments will fit the user's size (given that the important thing will be the overalls that are worn, which yes, it will have to be physical and be on top of the skin).

There is already a team of scientists who are carrying out tests on people with a system of bionic eye lenses that will solve any type of imperfectionand eye disease.

They are installed in a process of only a few minutes that is similar to that of a cataract operation. The person who has these lenses is guaranteed that they will not suffer from sight problems again, that they will recover 100% of their sight no matter how much it has already been damaged over the years and that even cataracts can be cured. Another advantage of this technology is that the team responsible for the lenses has not only been satisfied with offering 100% of the vision capacity, but also multiplies it by three to make it easier to see at any type of distance. We will not be able to see through walls, but we will have greater sharpness and focus capacity.

As soon as it came, the mobile phone may leave us. Although the ability to communicate at any time is not going to be something that the society of the future discards, the devices that we carry everywhere to be able to make calls will be . The intention is that the communication systems are integrated into the user and that they can be accessed in a much simpler way. This would mean that the mobile could be carried under the skin somewhere on the body and calls could thus be made in complete comfort.

Current virtual reality devices have already come a long way and offer very immersive experiences, but they still need to offer some type of neural connection so that the user's feeling of being inside another world is greater. This is the border that wants to be crossed in the future of this technology, which would allow users to live in virtual reality worlds feeling that they are really in them and that it is an emulation of the real world at its best. 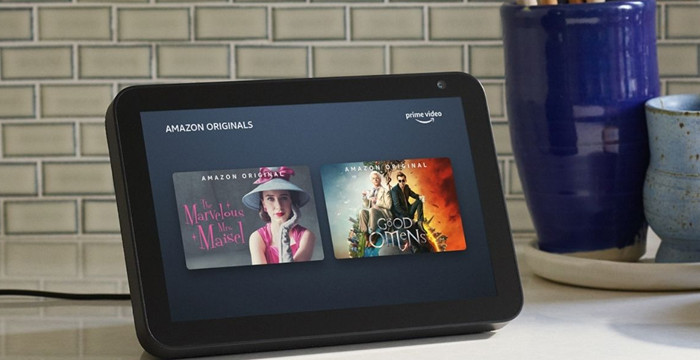 6 Crazy Gadgets You Can Find Now On Amazon!

Are you looking for some tech gadgets to make some beautiful tech gifts ? You have opened the right page! The products you will discover today are ava...